Written by Allison Preston
Tuesday, August 6, 2019 — No Comments Yet

2019 has been a big year for France on the international stage.

France was the host nation for the Championnat du Monde de Tonte de Moutons (World Sheep Shearing and Woolhandling Championship). Delegations of 34 countries converged at the village of Le Dorat from July 1st - 8th for a week of events occasionally referred to as the Olympics of shearing.

The week began on July 1st as teams arrived in France and made their way to Limoges a city near Le Dorat for a Speed shear and concert to welcome them. Tuesday, July 2nd, was a training day, with the teams traveling to local farms to practice on the local sheep breeds that would be used in the competition. While competitors were busy preparing: family, friends, and other supporters were offered a selection of farm tours to the area, as Le Dorat is part of the famous Limousine region of France. Wednesday evening a Producers market was held in the center of Le Dorat and many local producers were on hand to showcase their produce. Attendees could buy fresh local: meats, cheeses, fruits, and vegetables, and have them grilled on location to consume at the communal picnic tables. Thursday, July 4th, the competitions began! Amber and Allison competed in the Intermediate All Nations Shearing competition – a competition open to all competitors who registered and came on their own, not just country representatives – as well as the All Nations Senior Woolhandling competition. The All Nations also hosted their first Women’s Shearing event, which saw all three Canadian women compete and Pauline Bolay finish 5th overall.    In the evening the Opening Ceremonies were held and a Parade of Nations culminated with all the teams on stage with their flags, as speeches were given to a full stadium.

July 5th saw the Senior and Open events for All Nations, as well as the opening rounds for the Championship shearing. Pauline sheared well in the Senior All Nations and Don in the All Nation Opens. In the first round of Championships, Don and Pauline started strong and continued to perform well through all three qualifying rounds over the next couple days. Allison and Amber started out solidly and maintained consistent points in both qualifying rounds of woolhandling. While none of the Canadian competitors made the semi-finals on Sunday July 8th, they made Canada proud with Amber Peterson finishing individually at 35th and Allison Preston at 28th out of 43 competitors. Don Metheral claimed 29th spot individually in shearing and Pauline Bolay was the top North American shearer placing 25th. 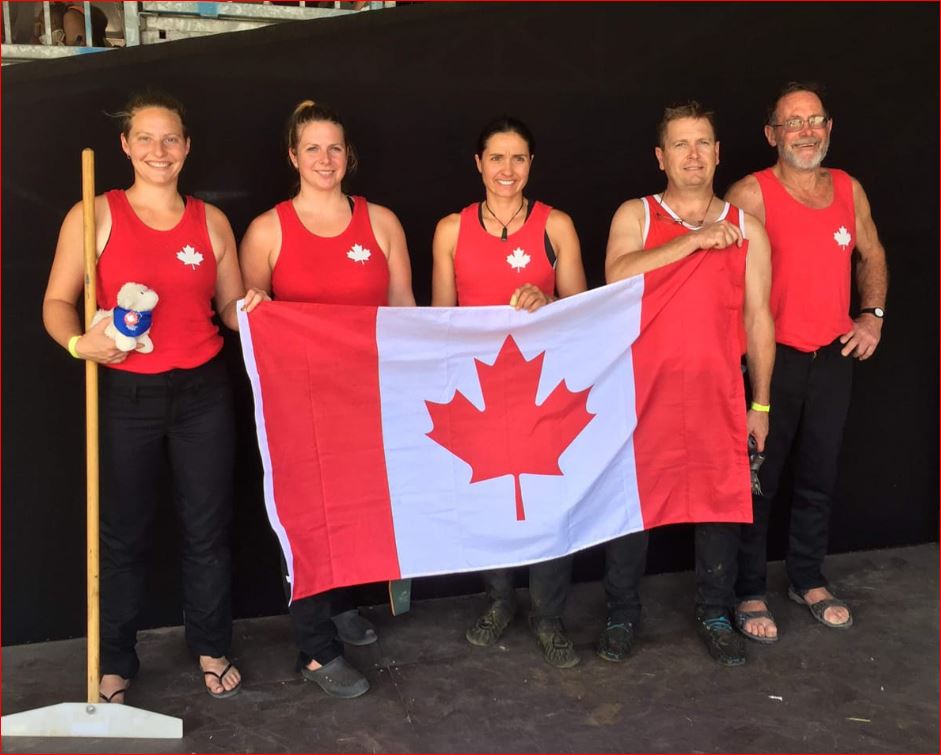 Posted in Shearing News
— You must be logged in to submit comments.