Baa, Baa Canada Sheep Have You Any Wool?

Yes Sir, Yes Sir more that three million pounds arriving annually from every part of Canada to be graded in Carleton Place, Ontario, national headquarters of the Canadian Co-operative Wool Growers Limited. Farmer owned, the co-op was set up in 1918 to sell Canada’s wool clip. It occupies a large stone structure over a century old, built by the railway in 1887 to repair locomotives. Traces remain of the building’s original purpose.
Tours of the grading operation are often possible weekdays between 9 am and 5 pm. Phoning ahead is advised. Wool is graded twelve months of the year. The Wool Growers, the Real Wool Shop and CCWG Livestock Supplies & Equestrian Centre share the same historical location and are well worth the trip. A short half hour drive from Ottawa, Canada’s capital.

Early French settlers brought the first sheep to Canada about 1650. Most Canadian sheep are bred for meat. Suffolk, Southdown, Hampshire, Dorset, Cheviot, Texel and Arcott are among the most popular breeds. Wool breeds include Rambouillet, Corriedale, Columbia and Targhee.

The usual practice is to shear in the spring before lambing. An expert shearer using power equipment similar to barber clippers only larger, can shear a sheep in less than five minutes, rolling off the fleece in one piece. Fleeces are sacked and shipped to CCWG for grading and marketing.

Wool is weighed when it arrives at CCWG warehouse and then graded, and core tested. Grading is a hands-on process, and every fleece is assessed on the grading line. The raw wool is spread out, inspected by hand and classified by average diameter and length of the fibre, colour, yield and foreign matter. From Carleton Place the graded grease wool is packed in 1000-1200 pound bales and shipped to domestic and world markets.

Although Canada's three million pounds is a fraction of world production, Canadian wool has a niche because of its high elasticity and soft handle. This elasticity or springiness enables wool to retain its original shape. Canadian wool is blended with wool from other countries with less of this desirable characteristic. Since there is very little wool processing in this country, only ten percent of Canada's production is sold here. Ninety percent is exported to China, United States, India, Czech Republic, Egypt, Bulgaria and Uruguay.

The complexity of wool processing is why the wool is graded before it is sold. Medium wool goes tot he woolen system and becomes sweaters, knitting yarn and tweed fabrics. The finer wool enters the worsted system, undergoing an additional process called combing and drawing which removes short ends (noils) and further straightens the long, smooth fibres. This wool makes the finest of wool fabrics. Coarse wool is streamed into the carpet system. 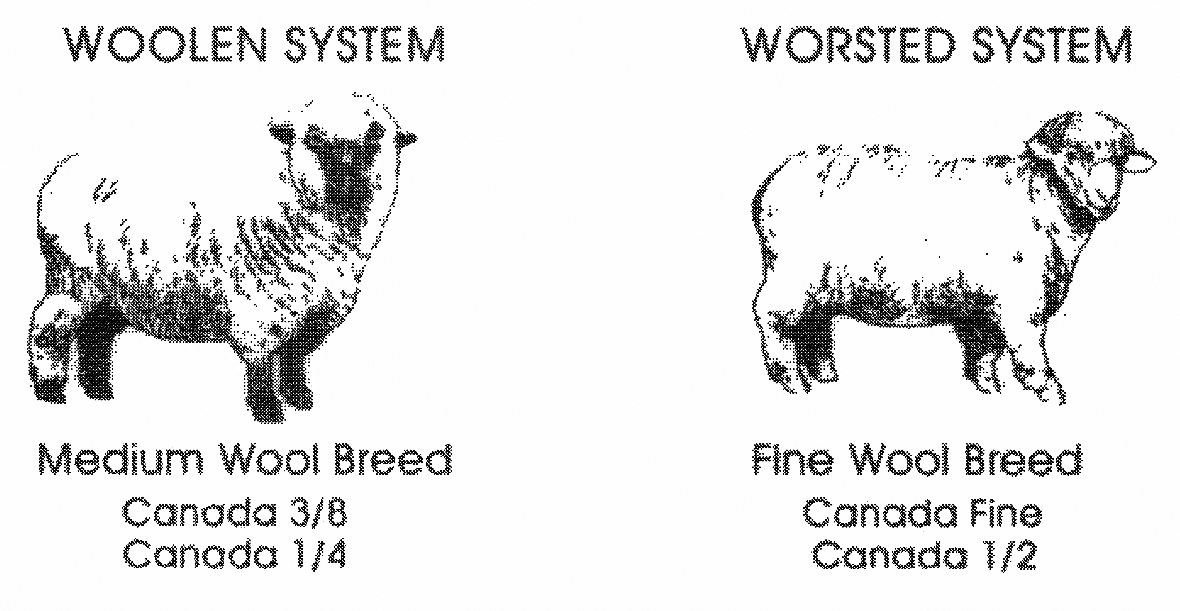 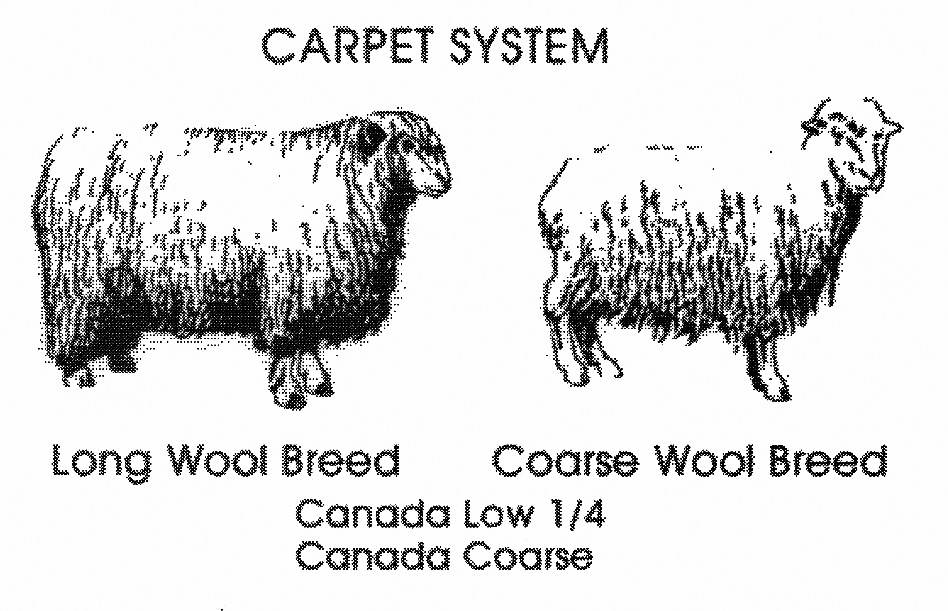 The co-operative grades and markets close to 3 million pounds of raw wool each year; the majority of this coming from Québec, Ontario and Alberta.
Each of the three general classes of wool (fine, medium and coarse) are sold wherever the best prices are available 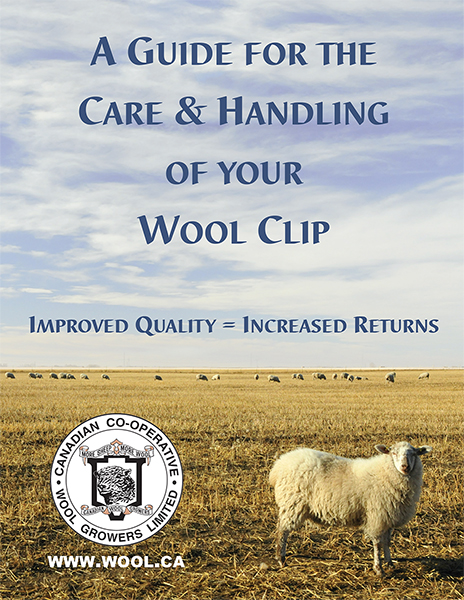 ⇔ Download your copy today for better return on your wool clip.